All grass areas and turf in the Canton Park System is maintained by park system employees and is part of the Parks Mowing Program. Our Grass or turf Program covers roughly 700 acres and includes over 64 individual parks. Some of the activities that are included in daily duties consist of:

We currently maintain turf on 39 athletic fields that are located within the city. Turf is maintained on a weekly basis. Grass height will be maintained at a height of 2.5-3 inches for the following fields:

There are times when turf heights may exceed 3 inches due to environmental conditions beyond our control. Because many of these fields fall within flood plains, even though the rain has stopped it takes time for the ground to dry and support mowing equipment.

—Grass height can exceed 5″ at times but will be cut back to 3″ on a regular basis as time and weather allows.

—This standard will be applied to most of the park system.

—Areas which would be maintained at this standard include neighborhood parks, boulevards, parkways, trail edges and active use areas within the park system.

Conservation Areas include park lands that are maintained on an infrequent basis. These areas are located primarily within our non-developed parks and include some lands within neighborhood parks. Riparian areas along streams and waterways also fall into this category. Goals for these reduced mow areas are to:

No Mow Zones can be currently found at Reif-Snyder, Harmont, Herbruck, Cook and Ink Park. Interpretive signage was added with a grant from the Ohio EPA Education Fund.

Do Not Feed the Geese 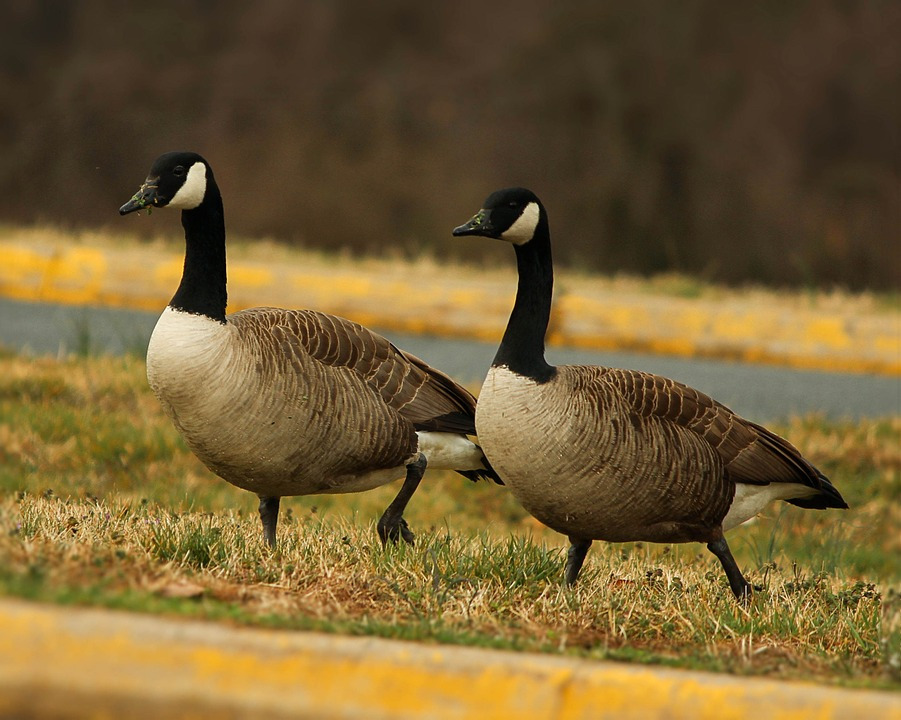 Feeding the geese is harmful to their health, discourages them from migrating and creates overpopulation in the parks.

As Spring emerges, the annual problem of geese overpopulation becomes more noticeable to the citizens using Canton Park facilities. In a continued effort to reduce the goose population and the negative impact they have on the parks, the Canton Park administration is taking this opportunity to let the community know the actions they are taking to address this ongoing problem.

Park employees have begun utilizing special goose patrols with the help of their personal dogs. By implementing these patrols randomly but continuously, the dogs instinctively chase the geese and drive them away from the park property. Mylar bird scare ribbon is also being utilized in many of our parks to act as a visual deterrent.  The laser light system will be reinstalled in Westbrook and Stadium Park ponds which alters the sleep schedules of the geese to encourage them to relocate. These same ponds, along with Monument Park, have had additional fountains installed, which improved circulation, reduced unwanted pond growth, and deter the goose population. Canton Parks also successfully applied, and will administer an egg shaking permit from the Ohio Division of Wildlife (ODW) this Spring to reduce the number of new nests in the parks.

Given the waterways and open green space in our larger parks, the ODW has informed us that geese will inherently and continuously be drawn to our parks. This problem is not unique to Canton, as parks, golf courses, and private property owners across the country struggle with these same issues. Our goal is not to eliminate these geese, but to encourage them to relocate to a more passive space, and reduce the negative impact they have in our active park areas.

Canada Geese are afforded protection under the Federal Migratory Game Bird Act. Any lethal population control outside of the regular Ohio Hunting season requires a permit which is regulated by the Ohio Division of Wildlife. Ohio currently offers a 60-day regular Goose hunting season as well as a 15-day early goose season in September which is designed specifically toward reducing the number of resident, nuisance geese. Unfortunately, many of our geese do not actually migrate and have inhabited our parks for years, but they are still protected by this law. We have been informed by ODW that we will must continue to apply these reduction tactics before a permit will be granted to remove the geese from the parks.This year, we will add two additional measures. The staff will use pyrotechnic scare devices beginning Monday, March 2nd. We will also be working with a local contractor with a spray deterrent, Flight Control, in high concentration areas.

One way park patrons can help our efforts is to stop feeding the geese. We are working hard to address this issue, but feeding the geese encourages them to stay in the park and undermines reduction efforts. While the goslings are cute and it may seem helpful to feed them, it is dangerous for the animal and the patron. It also fuels the unpleasant problem of goose droppings within our active park facilities. We have installed newer, bolder signage reminding patrons not to feed the geese, and will continue issuing warnings to park patrons engaging in this practice